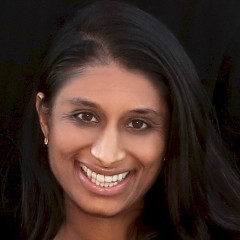 Neha Desai, attorney, is the Senior Director of Immigration at the National Center for Youth Law (NCYL).  Desai leads NCYL’s work on behalf of immigrant children, which includes federal litigation and policy.  For over 15 years, she has been working with youth in government custody including children in federal immigration custody and children in state child welfare and juvenile justice systems.  Desai began her legal career at the Juvenile Law Center where she served as a member of the team litigating the infamous “Kids for Cash” scandal.  She has worked abroad at NGOs focused on the human rights of women and children and domestically with organizations serving immigrants and refugees.  Desai has testified in the California legislature, briefed members of Congress and appeared in multiple media outlets.  She received her law degree from Berkeley School of Law and her undergraduate degree from the University of Chicago.