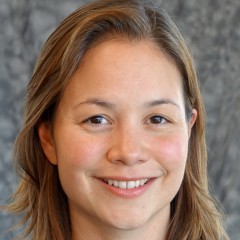 Margaret Olmos joined NCYL in 2017, returning to her home state to serve as State Director for Compassionate Education Systems California. Prior to joining NCYL, Olmos was the Assistant Superintendent of Student Programming for the Recovery School District in New Orleans, LA. In her role, Olmos expanded career-pathways to bridge K-12, Community College, and industry partnerships aimed at serving at-risk youth. Prior to joining the RSD, Olmos served in the Obama Administration, first serving in the White House as the Deputy Director of Research, and then moving to the U.S. Department of Education as the Chief of Staff for the Office for Civil Rights. Olmos began her career as an AmeriCorps NCCC member. She earned her B.A. in Political Science from Haverford University, with a minor in Special Education, and earned a Masters in Comparative Politics from Queens University in Northern Ireland, where she was trained as a mediator.