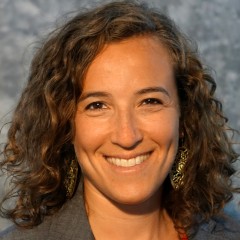 Mae Ackerman-Brimberg is an attorney on NCYL’s campaign to end child trafficking.  Ackerman-Brimberg previously worked at NCYL as a legal fellow on the juvenile justice team, where she was involved in efforts to dismantle the school-to-prison pipeline, and reduce the disproportionate involvement of youth of color and youth with disabilities in school discipline and the juvenile justice system.  Prior to returning to NCYL, Ackerman-Brimberg was a fellow and staff attorney at the Prison Law Office, where she focused on class action litigation and monitoring to improve medical and mental health care, and reduce isolation and use of force in California and Arizona state prisons and county jails; she also worked to increase access to the parole process and opportunities for parole for people who committed crimes as youth and people with disabilities.  Ackerman-Brimberg also served as a judicial law clerk for the Honorable Deborah A. Batts in the U.S. District Court for the Southern District of New York.  Mae received her B.A. in Political Science from Stanford University in 2006, and a dual Master of Social Work and J.D. from Columbia University in 2013.