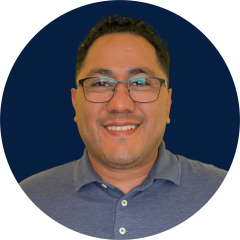 Attorney Francis (“Frankie”) V. Guzman is the Director of the Youth Justice Initiative at the National Center for Youth Law. Frankie leads a team of attorneys, policy advocates, and community organizers working to eliminate the practice of prosecuting and incarcerating children in California’s adult criminal justice system, reduce incarceration and justice system involvement, and increase developmentally-appropriate services in communities for youth.

Raised in a poor, mostly immigrant community plagued by crime and drugs, Guzman experienced his parents’ divorce and his family’s subsequent homelessness at age 3, the life-imprisonment of his 16-year-old brother at age 5, and lost numerous childhood friends to violence. At age 15, he was arrested for armed robbery and, on his first offense, was sentenced to serve 15 years in the California Youth Authority. Released on parole after six years, Frankie attended law school and became an expert in juvenile law and policy with a focus on ending the prosecution of juveniles as adults.