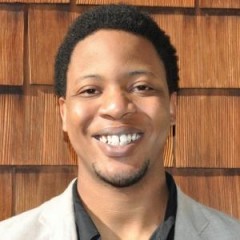 Dr. Jason Okonofua is an assistant professor at the University of California, Berkeley. His research program examines social-psychological processes that contribute to inequality. One context in which he has examined these processes is that of teacher-student relationships and race disparities in disciplinary action. His research emphasizes the on-going interplay between processes that originate among teachers (how stereotyping can influence discipline) and students (how apprehension to bias can incite misbehavior) to examine causes for disproportionate discipline according to race. The intersection of these processes, Dr. Okonofua hypothesizes, undermines teacher-student relationships over time, contributes to disproportionate discipline to racially stigmatized students, and ultimately feeds the “school-to-prison” pipeline. By investigating basic processes that contribute to misinterpreted and misguided disrespect among teachers and students, he aims to develop novel interventions that help racially stigmatized youth succeed in school and reduce their risk of discipline problems. On numerous occasions, he has served as a national expert to inform large-scale policy and given keynote addresses on the importance of science-based solutions to social issues such as the effects of bias and stigma. Dr. Okonofua earned his B. A. from Northwestern University and both his Master’s and Doctorate of Psychology at Stanford University.

His research has been published in top journals, including Psychological Science and the Proceedings of the National Academy of Sciences. The work has been funded by Google, the Tides Foundation, Character Lab, and the Bureau for Justice Statistics. It has been featured on a variety of popular media outlets, including National Public Radio, New York Times, MSNBC, Reuters, Huffington Post, Daily Mail, Wall Street Journal, and Education Week.