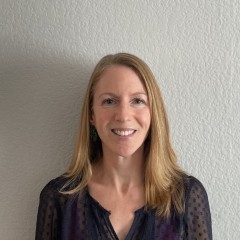 Dana Walters Flores joined the NCYL in November of 2021 to serve as Colorado Campaign Coordinator for the Youth Justice Initiative. Walters Flores has worked for two decades to keep children out of the juvenile justice and adult criminal justice systems. Based in Colorado since 2010, Walters Flores has partnered with community organizations, child welfare systems, juvenile justice professionals and school districts to build up community-based alternatives to incarceration. Walters Flores worked with the Colorado Juvenile Defender Center to help pass Direct File Reform in 2012, making it harder to move kids into the adult system. She spent the past five years as Director of Court Appointed Special Advocacy Programs in Boulder County, where she founded the first Colorado CASA program to accept appointment from the District Court for CASAs to serve as mentor advocates on JD cases. Walters Flores has built coalitions in three states that have successfully reallocated funding from juvenile detention centers into youth recreation and employment, shut down juvenile facilities that violated the fundamental rights of children, and removed SROs from local schools. Walters Flores began her career as a bilingual direct-service provider for young people charged as adults with serious felony offenses in New York City. That experience cemented a lifelong commitment to fight for the basic human rights of children; including the right to make mistakes and learn from them in a setting that includes love, family, access to education, and the opportunity to repair harm. Walters Flores holds a law degree from the David. A. Clarke School of Law at the University of the District of Columbia and a Bachelors in Sociology from Colorado College. She is a former Equal Justice Works Fellow.