Findings by the Department of Health and Human Services Office of the Inspector General (OIG) reveal California has done a poor job investigating cases of abuse and neglect of children in foster care. The most serious allegations, Priority I and Priority II complaints involving sexual and physical abuse, averaged 172-180 days to be completed and were not properly cross-reported. Allowing children entrusted to the state's care to remain in a potentially dangerous environment for 180 days can have grievous, even fatal, consequences.

Assembly Bill 2323 will protect the health and safety of children in foster care by requiring the Community Care Licensing Division (CCLD) to complete investigations of abuse or neglect within 30 days of the receipt of the allegation. This bill also establishes critical standards and protocols for CCLD investigations of abuse or neglect in out-of-home care. The bill's proposed language follows closely the provision in existing state law applicable to investigations of elder abuse, as California has recognized the importance of timely and coordinated investigations for this older population. Foster children deserve the same amount of protection under the law. #180DaysAtRisk

NCYL improves how children, youth, and their families are treated once the system is involved in their lives. 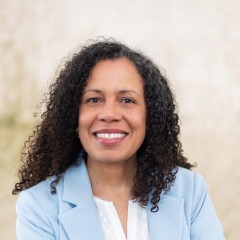