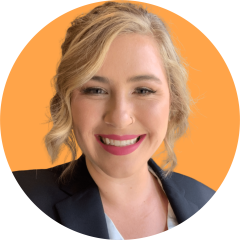 Jean Strout is an attorney specializing in child welfare. Strout earned a B.A. in Gender and Sexuality Studies from Swarthmore College in 2010 and graduated cum laude from Harvard Law School in 2014, where she was a member of the Board of Directors of the Harvard Legal Aid Bureau. As a Zubrow Fellow at Juvenile Law Center, she served as co-counsel for Henry Montgomery in the Supreme Court’s juvenile life without parole case Montgomery v. Louisiana, co-directed a youth advocacy program, and helped draft Pennsylvania’s college tuition waiver for foster youth. Strout was next selected as an Equal Justice Works Fellow at Support Center for Child Advocates in Philadelphia, where she represented older youth transitioning out of the child welfare system. Strout clerked for the Honorable Judge Carmen C. Cerezo of the District of Puerto Rico and has published legal scholarship on topics including children’s rights and reproductive rights. She is also passionate about animal rescue.