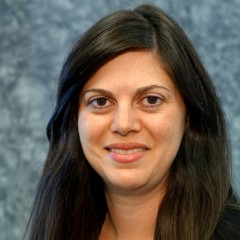 Darya Larizadeh is an Attorney with the National Center for Youth Law’s Youth Justice Initiative.  Her work focuses on advancing local and state policy reforms in partnership with communities to reduce the juvenile justice system involvement of youth and to increase developmentally appropriate services in the community.  Larizadeh’s policy reform work began at the Chief Justice Earl Warren Institute on Law and Social Policy at U.C. Berkeley where she co-authored a report documenting wrongful convictions in California and performed an evaluation of LA County’s juvenile defense system. She began her career as an attorney at the San Francisco Public Defender’s Office and Private Defender Panel.

Larizadeh’s background in education and women’s rights greatly informs her work. She has eight years’ experience working in various educational settings and has dedicated much of her studies and career both domestically and abroad to advancing the rights of women.    Larizadeh received her J.D. from the University of San Francisco School of Law. She holds a M.A. in political science from the City University of New York, Graduate Center and received her B.A. in politics from the University of California, Santa Cruz.