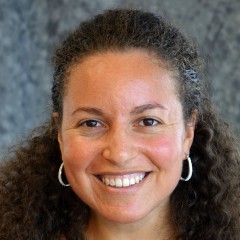 Crystal Adams is an attorney on the Strategic Advocacy team who will be litigating on behalf of vulnerable children across a variety of areas. Prior to joining NCYL, Adams was an attorney in the Office of General Counsel at the U.S. Department of Housing and Urban Development. Through her work in the Fair Housing Enforcement Division, Crystal pursued injunctions and damages under the Fair Housing Act for victims of discriminatory conduct. She also helped draft legal guidance, including a memorandum explaining HUD’s interpretation of how the Fair Housing Act applies to local nuisance property ordinances that disproportionately harm low-income women who are victims of domestic violence. Adams earned her J.D. from UC Irvine School of Law, where she was President of the Black Law Students Association and received several honors including the Faculty Award in the Immigrant Rights Clinic, the Pro Bono Leadership Award in the Education Rights Clinic, and the Dean’s Award for the Education Law and Policy Course. In law school, she completed a legal externship in the Office for Civil Rights at the U.S. Department of Education, where she worked on emerging and existing civil rights issues with a focus on racial discrimination under Title VI. Crystal earned her B.A. in Government and Psychology from Claremont McKenna College.